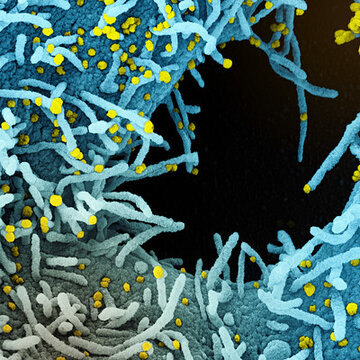 This morning I noticed the following article and thought I would share it with you --this update by Pharmaceutical Technology Editors-- is an update on one of the vaccines being developed. There are several more that also show promise. I encourage people to keep up with the news on vaccines as the faster they are developed, shown effective, and distributed to the public --the more likely the pandemic will be brought under control. Remember it is biotechnicians and biomanufacturing technicians who are involved in the development and production of vaccines --biotech programs produce essential workers!

In an article published online in The Lancet on July 20, 2020, AstraZeneca reported that interim results from an ongoing Phase I/II trial of its AZD1222 vaccine candidate against the SARS-CoV-2 virus showed the vaccine was tolerated and generate immune responses in all evaluated patients.

The trial, led by Oxford University, assessed a single dose of AZD1222 against a comparator meningococcal conjugate vaccine in more than 1000 patients aged 18­–55 years. Ten participants received two doses of the vaccine one month apart.

The article reported that a single dose of AZD1222 resulted in a four-fold increase in antibodies to the SARS-CoV-2 virus spike protein in 95% of participants one month after injection. In addition, a T-cell response was induced, peaking by day 14, and maintained two months after injection, AstraZeneca noted in a press statement announcing the article’s publication.

Neutralizing activity against SARS-CoV-2—similar to that seen in convalescent COVID-19 patients—was seen in 91% of participants one month after vaccination and in 100% of participants who received a second dose.

“The interim Phase I/II data for our coronavirus vaccine shows that the vaccine did not lead to any unexpected reactions and had a similar safety profile to previous vaccines of this type,” said Andrew Pollard, chief investigator of the Oxford Vaccine Trial at Oxford University and co-author of the trial, in the press statement. “The immune responses observed following vaccination are in line with what we expect will be associated with protection against the SARS-CoV-2 virus, although we must continue with our rigorous clinical trial program to confirm this. We saw the strongest immune response in participants who received two doses of the vaccine, indicating that this might be a good strategy for vaccination.”

“We are encouraged by the Phase I/II interim data showing AZD1222 was capable of generating a rapid antibody and T-cell response against SARS-CoV-2,” said Mene Pangalos, executive vice president, biopharmaceuticals R&D in the press statement. “While there is more work to be done, today’s data increases our confidence that the vaccine will work and allows us to continue our plans to manufacture the vaccine at scale for broad and equitable access around the world.”

Phase II/III trials for AZD1222 are currently underway in the United Kingdom, Brazil, and South Africa and are due to start in the United States.