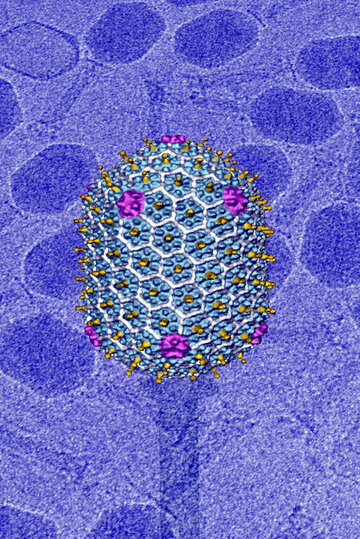 On October 5th, 2022 Genome Startup Day brought together front-line phage researchers and startup founders to talk about the state of phage research and some of its commercial opportunities. Founder and CEO of Phase Genomics Ivan Liachko hosted Jonathan Eisen, UC Davis professor of genomics and microbiology as well as a panel discussion moderated by Julianna LeMieux of Genetic Engineering News, with startup founders Jessica Sacher of Phage Directory, Nathan Brown of Parallel Health and Minmin (Mimi) Yen, of PhagePro.

Ivan and Jonathan spoke first, discussing the microbiome and its influence on a number of biological processes.  Jonathan described how he first started combining his interests in molecular biology and ecology. He studied giant worms that lived on the bottom of the ocean and do not have a mouth or digestive system--instead they rely on symbiotic bacteria to stay alive. That got him hooked on microbes. More recently Jonathan has had a project examining the role of the microbiome on the individuality of cat scent marking--Ivan added his story about working with Jonathan and Jonathan's colleague Holly Ganz to do microbiome research on a famous celebrity cat--Lil Bub. Holly has since founded Animal Biome, a leader in microbiome science for companion animals. In addition, Jonathan and Holly ran a Citizen Scientist project called Kitty Biome where people sent in cat poop to learn about their cat's microbiome (this project was funded by a Kickstarter campaign in 2015--what a fun way to make it happen!).

Ivan and Jonathan had a very interesting discussion about the "wall" between academia and industry. Jonathan described how many in academia see industry as a place you may never be able to come back from, however he feels that you should go where the interesting science takes you (as he did) and if you do interesting work, doors will be open. He did caution that there is a lot about starting a company that folks do not think about when in academia, so it would be wise to learn as much as you can about finance and business, to name two areas, before making the leap. Jonathan feels that the number one mistake he has seen is not fully vetting the technology you want to use to found your company because if you make the leap with shaky technology (and even published technology can be wrong!) then you could be in trouble. And remember, you need a team who will be honest, and let people know when things are not working. Jonathan finished by saying the more that you love your work, the more likely you are to figure out what might have gone wrong and fix it!

Next, Julianna LeMieux  introduced the panelists, who spoke about the peaks and valleys of a startup's journey.

Jessica said her company (Phage Directory) started as a matchmaking program between doctors and phage providers. It has now evolved into building systems for personalized phage therapies. Jessica commented on the upside of COVID which is increased awareness of infectious disease, which may help phage companies. Phage labs around the world will respond to a request for a phage in the network, but it is obvious that the phage supply chain is evolving quickly.

Nathan (Parallel Health) described his company as personalized cosmetics through the use of shotgun metagenomics of the microbiome on the skin along with targeted phages. He gave a short history of phage use and described many ways that phage can be monetized beyond health. Given that cosmetics are optional, Nathan spoke about the unique challenges of introducing consumers to phages, and convincing them to use them.

Minmin's (Mimi) company (PhagePro) is a Tufts University School of Medicine spinout that works to help provide bacteriophage-based products to resource-limited countries. She hopes to use phages in public health (preventative measures) for example with cholera outbreaks. She believes the FDA has been transparent, and communicative given the challenges of a brand new modality, but acknowledges that the manufacturing of phages has its challenges. Mimi started her company because the science was so compelling yet cholera did not excite any other biotech people, so she felt she needed to do it.

The comment I liked the best came from Jessica, about start-ups: "you can do anything...it's kind of wild!". And indeed, listening to these three entrepreneurs, I might agree!

Link to Podcast from the Genome Startup Day Website

The Genome Startup Day Initiative is organized by Phase Genomics of Seattle, Washington, in collaboration with biotech advocators, investors, and genomics startups throughout the US.  The Initiative organizes in person and virtual events to connect scientists, students, and anyone interested in supporting current and future genomics entrepreneurs.