PPE is NOT JUST for the Lab (Alternatively Titled: I Need My Head Examined) 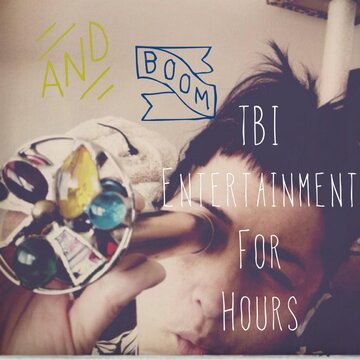 I've been a busy girl. If you're squeamish, please ignore the pictures and accept my apologies in advance. I veer a bit off topic of actual lab and share with you about some safety and a recent experience. I think it's an important share.

I just love how I keep throwing myself in the path of new and exciting life lessons. My most recent life lesson learned is one that I thought I had learned a couple of years ago when I started skating with Rose City Rollers. Clearly, there was a reminder needed. Here's the lesson: Safety is sexy.

I forgot that though a couple of weeks ago when I headed out with my boyfriend and our dogs for a quick walk in the neighborhood. I decided to take my longboard skateboard to see if my dog would get any benefit from running alongside. As it turned out, she actually preferred to ride toes on the nose. Everything was going fine until we came upon a slightly longer than I anticipated decline in the street. Unfortunately, I picked up more speed than the board could handle and the board began to wobble. My dog, being a brighter creature than myself bailed early. Unfortunately, I was worried about her being drug behind since she wasn't inclined to run along. So since she was harnessed, I fished her up into my arms and decided to try to turn back uphill to slow the board down. I hadn't anticipated a hill, nor any kind of major speed so it wasn't like I had gloves on for a sliding stop either. The wobble got in the way of turning uphill. My only choice was to run off the board as it went careening toward the curb.

I came to in complete shock. Blood streaming out of my ear and down my neck. Blood coming out of my nose. I am completely baffled. I hurt. I seriously hurt. And I cannot figure out how on earth I got a nosebleed. I never get nosebleeds. And why is my ear bleeding? By that time, I decide I just want to lay back down. I need a minute. Ira, my boyfriend is handing my gauze to hold up to my ear. Although I managed to leave the house without any padding or a helmet, I did have my dog walking backpack on, in which I always carry a pet first aid kit. That day, I was the pet.

Ira drove me to the nearest hospital. They ran some scans and because of the severity of my cranial fracture (which started in the temporal bone and extended into the mastoid) they determine I'm a trauma case that they weren't prepared to treat and I needed to be transported to OHSU. One thing they did do was administer an IV and some morphine. Now I'm excited about my first ambulance ride. If you've ever had an ambulance ride, it's really not that exciting. They strap you to this incredibly uncomfortable board and make sure that you cannot move anything.

OHSU took additional scans and determined that the depression between the two sides of the fracture was approximately 2 millimeters. They elected to keep me overnight for observation instead of requiring immediate emergency brain surgery. I later found out from one of my instructors at PCC who also teaches Anatomy and Physiology that they were watching a to make sure a capillary didn't rupture in my ear area. Also, she informed the class as I was doing my sweet show and tell Powerpoint, the fracture I have is the main cause of death for bicyclists. (Holy crow.)

I almost needed emergency brain surgery because I figured I didn't need my helmet to go on a neighborhood ride. In the immortal words of Ronald Weasley, "How thick can you get?" Life lesson learned, painfully.

The end result is still being tallied financially. Although I managed to expedite removing the need for pain pills I was required by my follow up trauma care to delay my start of my internship by one week. I still don't have my independence fully restored, I can't drive. And I have started my internship, instantly earning the nickname "Gimp" since I have to get around using a Nova walker because I'm still too dizzy to negotiate the challenge of walking independently. It could take months for me to be able to hear again in my left ear.

Note to self: ALWAYS USE YOUR PPE (Personal Protective Equipment)!

Now, let's see what my traumatized brain can remember. The term flew by but there were some big highlights. We hosted students from a Biotech school in Okinawa Japan. With the lab at max capacity we performed GFP purification. These students were amazing! They followed their protocol in English. Let me just tell you what would have happened if I would have been given a protocol in Japanese: nothing. These kids were sharp and their lab skills were on point! All I had to do was smile and nod a lot thanks to the PCC Japanese students on hand to help translate. After the exercise, they gave a presentation about a pollutant that is affecting their part of the world. They're actively looking for solutions and may even have it in their midst using the protozoa Euglena.

On the same day, during the afternoon I attended OHSU's grad week which included a panel who answered questions about their career paths and how they ended up in their respective positions. Then we attended a presentation by David Schneider, Ph.D. titled, Fighting Infections by warping disease space.

The term culminated in what felt like a rush to orient ourselves with FlowJo and being able to read flow cytometry. I actually found flow cytometry really interesting. We had a guest lecture about Flow Cytometry by Mandy from OHSU.

We also finished our projects in Advanced DNA, but for what was suspected as compromised ligase that project didn't have a successful completion as anticipated. Oh, and we did ELISAs which I liked a lot more than Western Blots, until I had to read the data. DANG IT! It's good to have areas to improve upon though.

Finally, there's someone I would like to mention by name, but I haven't been able to reach him to get his permission. He's kind of a genius with creatures. Some of which I was able to see and to say a quick hello. Again, I hope you're not too squeamish. Please accept my apologies.

<-- Is that a smile? I totally should have pocketed this little Leopard Gecko. He obviously loves me.

<-- This however, I had zero interest in touching. Go figure.

<-- Food for creatures. I think. Let me help put this into perspective. The mama here with her babies is approximately 4 inches LONG and and inch and a half wide. I almost fell over when I saw this. It's some kind of exotic roach. It is definitely not the same as the wildtype I've seen in Colorado and Las Vegas.

Enjoy your summer! I will continue to blog, however I will be moving the focus to my adventures in the Stedman Lab at PSU's Center for Life in Extreme Environments. Get ready for some fun too. Sandra Porter thinks I should delve through some of the paper's Dr. Stedman has given me and recap them for my readership! Surely that'll be a hoot, since it's not exactly my strongest area. Which means I may need some help from the bioscience community (read: I'm begging you for help, please.). Additionally, I'll be covering some of the things I get to do in the lab which is already turning into a fascinating adventure. I'm so excited to share this stuff!