The Use of Single-Use (Disposable) Technologies in Biomanufacturing 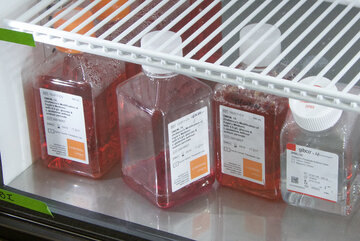 The utilization of single use technologies for some or all of the processes in biotechnology have become common.  Engineers can substitute plastic components for stainless steel-permanently plumbed systems at any point in the biomanufacturing process, although the technology to do this in the upstream process is much more mature than in downstream technologies. This approach replaces reusable stainless steel equipment with disposable, typically plastic, components.

The industry often uses the terms “single-use” and “disposable” as synonyms.  In the early days of this technology vendors emphasized the term single use because it sounded better – the situation was similar to a car lot using the term “pre-owned car” because it sounded better than “used car.”  Now that the technology has become widespread – perhaps dominant – fewer people object to the disposable designation.  And sometime the disposable designation is more accurate – some plastic components might be used for more than one batch, more than a single use, and then thrown away.

Many companies use a hybrid approach, with some components of their process using single use technologies while others use traditional reusable permanently plumbed systems.  But, in a true single use process, every component that touches the product for the entire manufacturing flow path has been designed for one-time use. These systems have the prospect of becoming the industry standard.

Single use has been adopted in cell culture production and has become especially important there.  These cell growth systems might be plastic bioreactors, wave-type bioreactors, or plastic linings that fit inside a stainless steel support.  All systems have disposable probes or reusable probes that attach to the outside or protrude through a sleeve into the interior.   Many of the connections rely on separate systems being plastic welder or aseptic connectors.

Advantages of single-use technologies for biomanufacturing

The single use approach affords some advantages, but any process using them also has some disadvantages.

Single use systems offer the advantage that they come pre-sterilized (typically through gamma irradiation) and pre-cleaned.  This means that there are no cleaning, sanitization, or sterilization steps and it means that the company saves money on the chemicals used for cleaning, and on the equipment and energy that it takes to generate pure water and clean steam.  This means that the vendor rather than the user has borne the expense of cleaning and sterilization validation.

For companies that have facilities that make more than one product, it means that they can carry out more rapid and less expensive changeover between campaigns with less fear of product cross-contamination with another product.  The elimination of the need for cleaning leads to faster cycle times.  And the use of disposables lowers the risk microbial contamination.

Single use systems have the major advantage of lower upfront capital costs.  These systems cost much less initially than permanently plumbed stainless steel systems.  This lower initial cost represents a major advantage for a new company that is just starting up or for a smaller company strapped for cash.  Because the vendor has assumed the responsibility for some validation, the new company experiences savings in regulatory compliance costs.

Disadvantages of single-use technologies for biomanufacturing

OK, if single use systems are so great, why isn’t every company using a disposable system for every step of their process?  There are limitations and some disadvantages as well.

The limitation is in scale.  Single use bioreactor only go up to 2000 liters of  cell culture.  If a company wants a scale larger than this (like Genentech’s 12,000 liter and 25,000 liter bioreactors), they will have to hard-plumb the tanks.  Because continuous process improvements have led to increasing cell densities and product titers, this size challenge is becoming less important.

Technical limitations currently leave some operations without good single-use options.  Again, growing cells in single use vessels has become standard; improvements to the downstream single use applications have lagged behind.  Current chromatography solutions are expensive, and the chromatography resins have less capacity than hard plumbed systems.  Many chromatography proposals involve the use of membranes supplemented with the appropriate ligands, but these have not been able to be engineered with sufficient binding capacity so far.

While the conversion to single use reduces the upfront capital costs, it dramatically increases the ongoing cost for expendables.

The conversion to single use systems also increases reliance on outside vendors.  This potentially increases supply chain problems.  At the moment, so many companies are making a transition to single use approaches, the vendors are having trouble keeping up.

Since plastic manufacturing uses organic solvents and intermediate chemicals, this creates concerns over leachables and extractables, materials that come from the plastics that could contaminate the media.

Many people have voiced concerns over the environmental impact of throwing away all that plastic.  The plastic used in single use cannot be recycled – each container has at least three layers of plastic.  The interior layer that contacts the cells and the product has a different composition than the exterior layer that provides strength, and the middle layer is a different composition still.  Without doubt this technology dramatically increases the solid waste that currently goes to landfill.  Some studies have done an assessment that makes the argument that the savings in energy, chemicals, and water (very pure water that has been produced using an energy intensive process) and that if the footprint of a traditional hard-plumbed system with Clean-In-Place and Sterilize-In-Place systems do a single use facility, that the single use has a smaller carbon footprint.

These technologies have become common and have the prospect to become the dominant biomanufacturing platform.

Advantages That Single Use Systems Present For Teaching Cell Culture

For those of us who teach biotechnology, single use systems offer some of the same advantages that they offer to companies.  A less expensive plastic vessel costing several hundred dollars replaces a $12,000 glass bioreactor vessel.   (And shhhh, don’t tell the vendors but you can reuse a polycarbonate “disposable” vessel if you are growing microbial cells).  For mammalian cell culture, the single use solution offers culture conditions with less risk of contamination.

Reasons to teach about single use

When I started in microbiology, we used glass Petri Dishes that were used, autoclaved, washed, refilled with media, and then used again.  I haven’t seen anything other than a plastic Petri Dish in years.  Likewise, glass serological pipets were washed, repacked with cotton, and autoclaved to be used of microbiology or cell culture.  Routinely people now use plastic disposable pipets.  These larger systems extend this trend.

Several studies have calculated, although this is counterintuitive, that there is a positive effect on the environment with the adoption of single-use technologies.  This assertion should be evaluated critically.  These considerations might be more important in Europe where solid waste generation is treated differently than in the United States.

In summary, for those of us who teach biotechnology, single use systems offer some of the same advantages that they offer to companies.  Less expensive, a plastic vessel costing several hundred dollars replaces a $ 12,000 glass bioreactor vessel.   (And shhhh, don’t tell the vendors but you can reuse a polycarbonate “disposable” vessel if you are growing microbial cells).   For mammalian cell culture, less risk of contamination